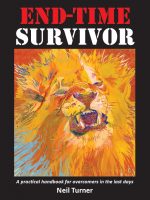 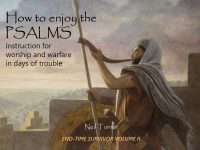 Neil Turner is a prophetic teacher who has studied Bible prophecy for over 30 years. At the age of 14 he became a Christian in the aftermath of the UK Festival of Light. Jean Darnall later prophesied he ‘would bring many to the Lord, and be a great strength to his brothers and sisters’. His calling is to make, train and equip disciples who will stand in the last days.

How wonderful to find a book that is pure gold from start to finish. In my view, How to Enjoy the Psalms … is just such a treasure … I believe this is an inspired and inspirational tour de force that deserves our close attention. After a preaching ministry spanning almost six decades, I have begun to look at the Psalms in a whole new way; working through Turner’s book is proving to be a real blessing.’
Chris Hill – Prophecy Today.